ALERT: We are currently seeing higher than normal wait times. Thank you for your patience and understanding. 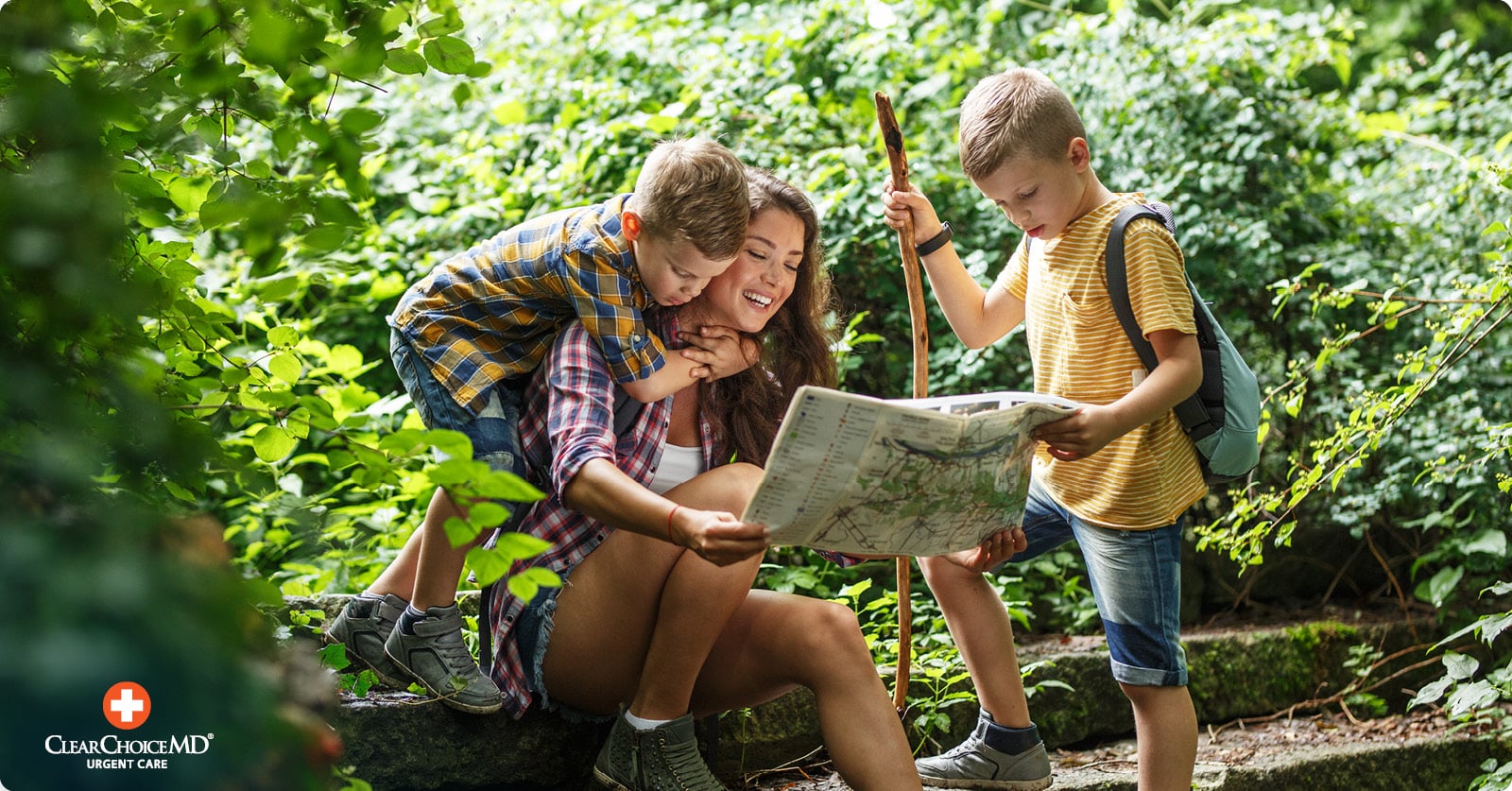 Summer is finally here. It’s time to get outside and enjoy the beautiful New England weather. But before you do, take some time to think about a few common hazards that could be lurking in your own backyard: poisonous plants. About 85 percent of people in the United States are allergic to poison ivy, oak and sumac. It is the most common allergic reaction in the U.S., affecting about 50 million people a year. Read on to learn how to identify poison ivy, oak and sumac and five facts to help you prevent and treat reactions.

Poison ivy typically has three shiny green leaves budding out of a small reddish stem, attached to a hairy ropelike vine. The leaves grow to 2-5 inches long and often have pointy tips and ridged edges. The middle leaf is usually on a longer stem than the other two. Poison ivy is found in all regions of the contiguous United States.

Similar to poison ivy, poison oak typically grows in leaf groups of three but can sometimes have up to seven. The leaves resemble oak leaves with toothlike edges and can grow on either a vine or a shrub. Poison oak is most common in the Western U.S. but can appear in the Eastern U.S., as well.

Poison sumac grows 7-13 leaves per stem that are pointed with smooth edges and surfaces, typically arranged in pairs. The plant usually grows in moist, wooded areas of the Southeastern and Northern U.S.

Here are five facts to know if you come into contact with one of these poisonous plants:

All in all, don’t let poisonous plants ruin your outdoor fun. Allergic reactions caused by poison ivy, oak, or sumac can be extremely irritating and sometimes severe, so taking these simple precautions and knowing what to look for is a small and worthwhile tradeoff. Protect yourself, your friends, and family from poisonous plants for an itch-free and adventurous summer! And if you get a rash that concerns you, visit one of our ClearChoiceMD Urgent Care centers for help.